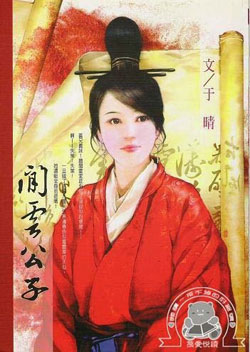 As the left protector of the Demon Sect, and being so “honored” to be seen as the successor by her crazy Demon Sect leader…… ah, to be honest, she’s someone who rather just lead an idle life, but… sigh, her luck has always not been good.

When she was ten, the Demon Sect leader bestowed upon her a handsome sect servant (they are called Sky Slaves (天奴)), in order to survive, she and her sky slave never parted from then on, cooperating perfectly, he even promised he would follow her for one life, one lifetime… what a one life, one lifetime!

Ah… it’s only a beautiful back, there’s nothing important about it, she shall be generous and not ask the person to take responsibility. Who knew that she’s generous but the other person is stubborn, insisting on having her as an adopted sister! Adopted sister? She once heard that the Cloud Family has a bad practice in the “Jiang Hu” (literally rivers and lakes, but indicating the pugilist world).

— Ah! She has miscalculated! Miscalculated! Once she met the charismatic but poisonous heavenly man, can she make a full retreat?