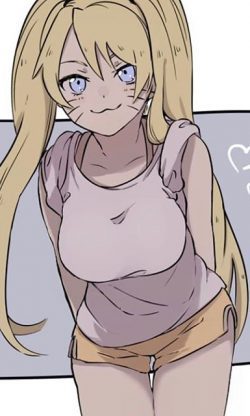 I was dead, finally ... though I was still existing.
It bugged me for a while, but ... sleeping so safely and in total darkness actually grew on me.
I did not want to leave, not anymore.
Though it did begin to bore me after some time.

While sleeping in this dark space, I, more than once, dreamed about being a certain, familiar, small orange fox. I dreamed about his history, his father, his pain and all of his anger and hatred. About how he was chained and about how his freedom was taken away ... by humans.

At some point, the dark space did not appear anymore. Instead I opened my "eyes" to red metal bars. My whole body, huge body, laid in water. It was strangely warm too. Comfortable, even.
I chose to, for now, sleep again. I'll deal with all this later ... sleeping is too important, I thought and fell asleep.

I soon noticed that I had become a part of that fox of my dreams, a part of the nine-tails, the kyuubi, Kurama.
The twin children of the prophecy would soon be born. The seal inside of "her" would weaken and we would have a chance at freedom. We decided to reach out for that chance and thus ... we, my new-found brother and I, planned to escape our imprisonment. We chose to try for freedom.

---
Also, please tell me if I need to take the cover down or something? I do not own Naruto, just my OC.
All the tags and genres I've given the story at this point in time are rather ... undecided. They are just there to give readers a perspective as to where I want the story to go ...