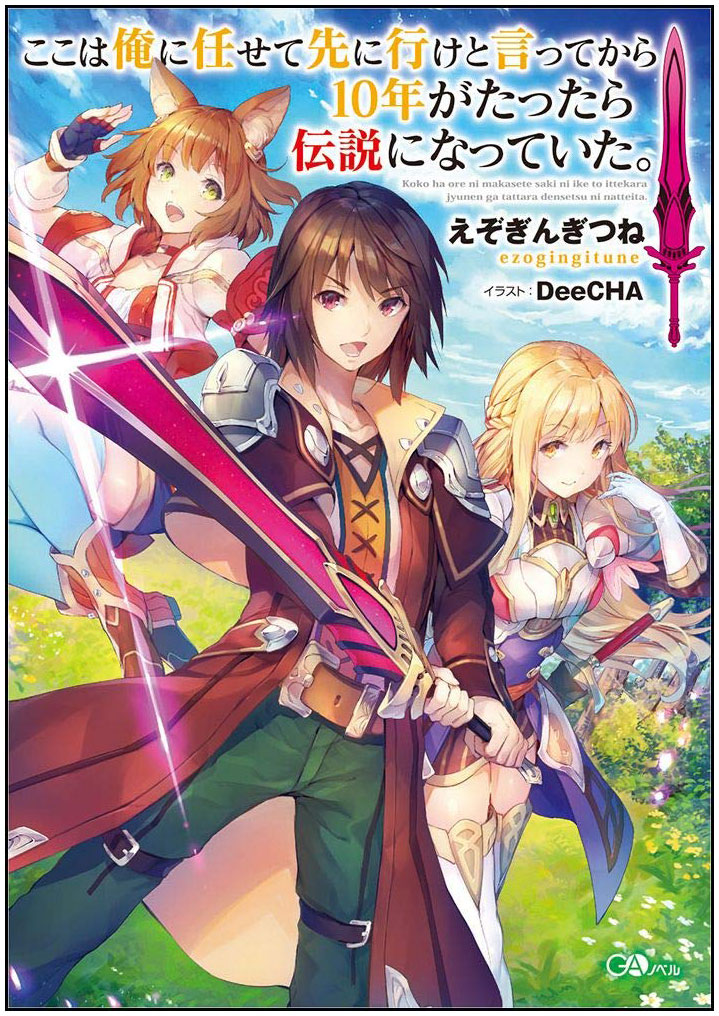 10 Years after saying “Leave this to me and go”, I Became a Legend., ここは俺に任せて先に行けと言ってから10年がたったら伝説になっていた。

The Hero’s party was attacked by a large group of powerful devils. The party will no doubt be annihilated if this were to go on.

One member of the party, the strongest mage, Rakku, decided to stop the enemies in their tracks.

Rakku mindlessly defeated the enemies, over and over again.

As he studied and utilised the devils’ abilities such as Drain Touch, he continued fighting, without rest nor sleep.

The devils got stronger and stronger, but Rakku too rapidly grew.

Rakku battled for 10 years, until no devils came at him.

Rakku returned to the capital, and was surprised.

His own name became the currency, and a gigantic statue of him, albeit fairly beautified, was made.

Due to him relentlessly absorbing the vitality of the devils, he had become young again.

An appearance unfitting of his age. Godly abilities.

「I stand out too much」

Rakku concealed his true identity, and decided to pretend being a novice adventurer.

Rakku, disguising as a F-rank warrior despite being an S-rank mage. His adventure in this now peaceful (?) world starts now!